About PRESS PLAY ON TAPE

PRESS PLAY ON TAPE is a Commodore 64 revival band, (almost) exclusively playing tunes from the 80's home computer Commodore 64 as rock on real instruments. We are six guys from Copenhagen: Jesper Holm Olsen and Martin Koch on guitars, André Ticher and Theo Engell-Nielsen on keyboards, Søren Trautner Madsen on drums, and Uffe Friss Lichtenberg on bass. PRESS PLAY ON TAPE was formed at the department of Computer Science at the University of Copenhagen in 2001 and has been playing ever since.

If you need a fun retro-style show for an event (In Denmark or abroad), don't hesitate to get in touch. If you want to write an article about retro music or retro computer gaming, we are more than happy to share our hard earned expertise in this field :)

To get started with PRESS PLAY ON TAPE we recommend getting our studio album HOME COMPUTER. You can also check out the Music / Video section of this website.

For more background information, check out these previous interviews we have done.

How to write the name...

This band's name is

The photos below can be used at own preference as long as they are unaltered and properly credited with photografer name as listed below. Click image to download full-scale version. 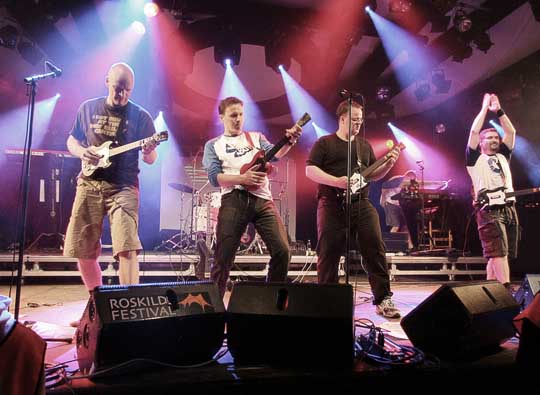 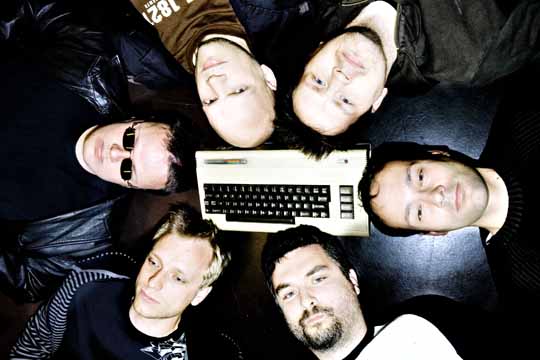 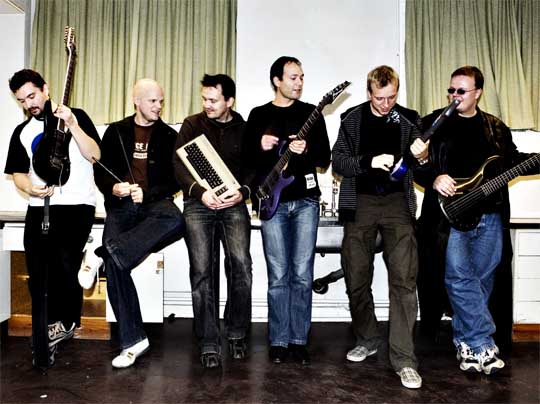 We have two logos that we use depending on the context. Click the links below for downloading full-res PDF files:

Why "PRESS PLAY ON TAPE"?

The user should then press the PLAY button on the casette player that would start sending data to the computer. Usually the computer would print "LOADING" and then "READY" when done loading. The user would the write "RUN" to start the program.

The Commodore 64 had two buttons which used together could stop the computer and reset some of its settings. One button was called "RUN/STOP", the other one "RESTORE".

We just liked this word from the early days of computing. It has a really nice ring to it and is not used anymore, so  the name itself it retro - just like the music we play.

When we heard the music we usually heard it as ordinary music with its ordinary sounds which the composer tried to mimic. We did not hear it as techno music or as the bleeps and bip-bip-bips our parents heard it. So trying to recreate what we believed was rock music is pretty straightforward. 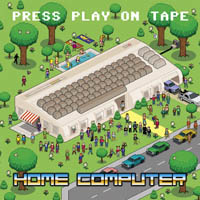 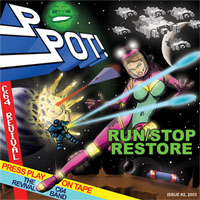